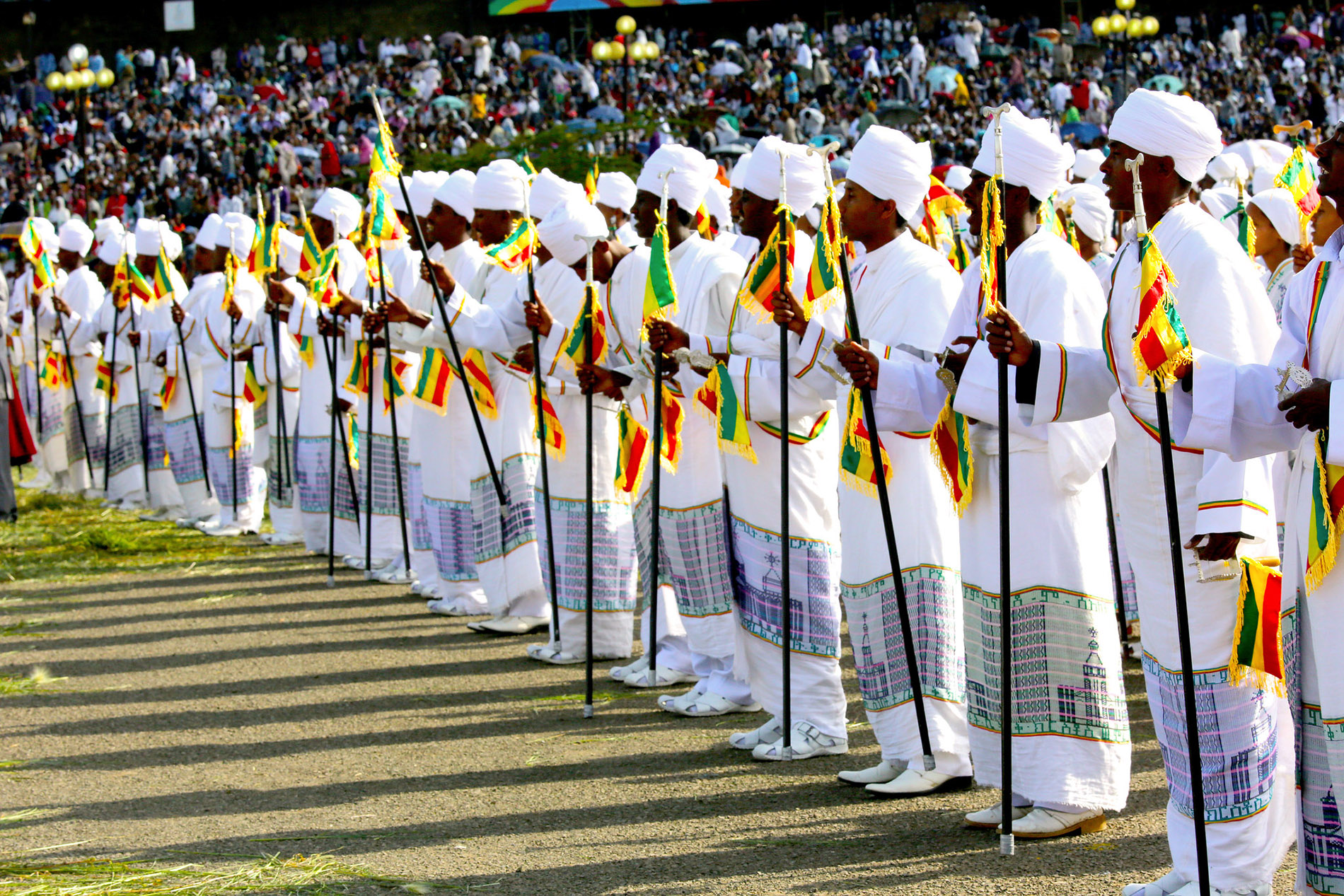 Meskel (Finding of the True Cross)

Meskel (Finding of the True Cross) is a religious holiday that occurs on the same date every year in the Ethiopian Orthodox and Eritrean Orthodox Churches. It commemorates the discovery of the True Cross by Queen Helena (Saint Helena) in the fourth century. Meskel occurs on 17 Meskerem in the Ethiopian calendar (September 27, Gregorian calendar, or September 28 in leap years).

“Meskel” (or “Meskal” or “Mesqel”, there are various ways to transliterate from Ge’ez to Latin script) is Ge’ez for “cross”. The festival is known as Feast of the exaltation of the holy cross in other Orthodox, Catholic or Protestant churches. The churches that follow the Gregorian calendar celebrate the feast yearly on September 14.